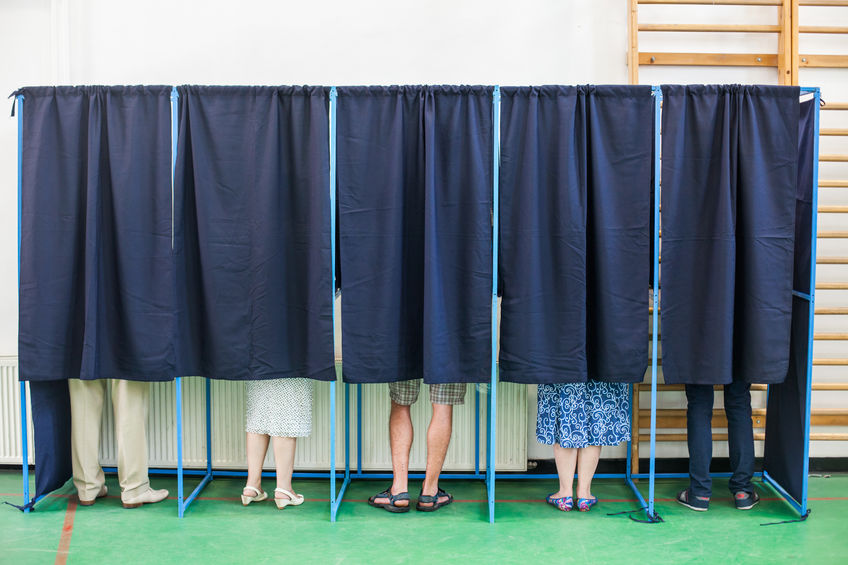 I write with trepidation. Any mention of politics can get you in trouble. Throw politics into the context of the local church, and the mood can quickly turn caustic.

Elections are contentious. They have been for most of our nation’s history. The tensions surrounding this year’s election season should not be a surprise. There are important issues people should care about deeply. Elections matter, and voting is important.

In some ways, politics has always had a presence in the church. A pure separation is not possible, nor is it recommended. St. Nikolai Evangelical Lutheran Church was instrumental in providing a free space for public discourse that helped prompt the Fall of the Berlin Wall. In the United States, some churches were instrumental in supporting the Civil Rights Movement. Obviously, there are plenty of negative examples in which the infiltration of politics has hurt churches and their communities. Good or bad, for the foreseeable future, I don’t believe this presence will diminish.

To what degree politics should be present in the church is a worthy debate, but it’s not the purpose of this post. This election season is likely fueling negativity in your church. This negativity is not only distracting, it can be destructive. Addressing the negativity is far more important than taking sides politically.

People don’t need a pastor to tell them how to vote, but they do need a shepherd to help navigate the political realm. You must shepherd your people through the election season.

1. Listen first. Talk little. To meet people where they are, you must engage them within the political sphere. Some are not paying the slightest attention to what’s happening politically. Others are completely immersed in wild conspiracy theories. Most people are at least tuning into the basics of where candidates stand. Ignoring or avoiding political conversations is negligent. You don’t have to say much. You don’t have to respond. Just be willing to listen. And learn.

2. Do not endorse individual candidates from the pulpit. And be cautious with endorsing a candidate personally. It’s unwise to endorse candidates as a pastor, even if you believe it’s your right to do so. Candidates always disappoint. Jesus never will. Stick with Jesus in the pulpit.

3. Guide your church in corporate prayer for our nation. There is no need to avoid the election season as if it is not happening. Everyone is feeling the bombardment of ads, news reports, and opinions. You should address what people are experiencing. Call your church to pray, especially the weeks leading up to election day.

4. Speak directly into clear biblical issues. Hold back your political positions on non-biblical matters. I am strongly pro-life, and I preach a holistic view of life. I believe the Bible has clear positions on the matters of abortion, adoption, human trafficking, fostering, and elder care. You should address these issues. I am also a free-market capitalist, which I do not espouse from the pulpit. As much as I believe in the economic system of a free market, I cannot make a biblical argument for it.

5. Encourage on social media rather than debating. I’ve never heard a church member say, “I wish my pastor would debate more people on social media.” Facebook and Twitter can become cesspools when used for political debates. Don’t dive into the muck. Expend your energy offering encouragement in the form of Bible verses and pastoral wisdom. Or just post fun pictures of your family.

The election season is probably not the main catalyst for negativity in your church, but it can exacerbate the negativity already present. Pastors can feed the negativity by not acting with diplomacy and grace. Politics is not necessarily the problem. It’s the negativity that surrounds politics that can be harmful to the church. As a pastor, you must work to heal the negativity rather than fueling it.